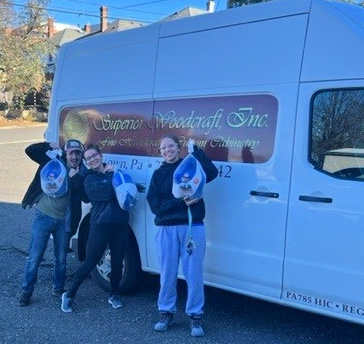 This week, Superior Woodcraft celebrated Thanksgiving with our team members and paid tribute to our founder, Karl Geiger. The tradition started over 55 years ago and continues to this day. This story starts a long time ago. When Karl first immigrated to the United States he learned about the American tradition of Thanksgiving. Enjoying food, family and tradition this new found holiday was perfect for Karl and he eagerly adopted this American holiday. 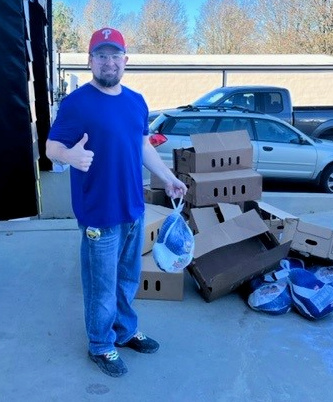 At one of Karl’s first Thanksgivings his first employer in America gave each employee a turkey for Thanksgiving. That gesture of generosity and giving made a strong impression on this young newcomer. Karl told his wife, Sabine, how thoughtful it was that his boss wanted to make sure that each of his workers had a Thanksgiving Day turkey to enjoy. Karl told Sabine, that one day he would own a company and give turkeys to his craftsmen. 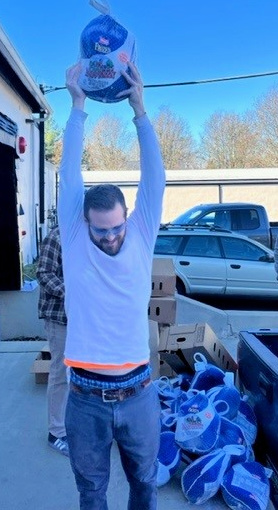 Well, in November of 1967 Karl had his chance. Karl was married, his youngest of three children was nine months old and Karl’s fledgling company, Superior Woodcraft, was even younger. Karl reflected back on his earlier experience of receiving that Thanksgiving Day turkey. Now was the time that Karl would be the one giving the turkeys to the team members of his very own company. From that day forward every team member at Superior Woodcraft has enjoyed a turkey from Karl.

We remember and thank Karl for starting this Superior Woodcraft tradition of giving.

Thankful For Our Artisans & Many Clients –